The History of Show Jumping

Equestrian sport enables men and women to compete equally, in partnership with an animal with a heart and mind of its own.

Riding or watching, show jumping is exhilarating. A horse at speed, turning on the spot, locking onto a fence and creating a bascule is breath-taking to watch.

But it wasn’t always this way. As the 1800s drew to a close, a military man called Federico Caprilli was about to revolutionise the way horses jumped, for the better.

At the start of the 19th century, riders would jump by sitting well back on the horse, pulling in their heads to encourage landing on all four legs, or just the back legs and definitely not to land on the front legs. Not surprisingly, this was unpleasant for the horses.

Italian cavalry officer Caprilli watched horses loose jump and noticed when they were free from interference they would land on their forelegs and use their whole bodies to balance themselves.

Caprilli suggested a more forward seat, getting the rider off the horse’s back and shortening the stirrups. Caprilli wanted riders to loosen the rein and let horses think for themselves.

This was radical thinking for the time and it led to hostility amongst the ranks. It was a while before Caprilli’s methods were tried out, but when they were, the horses were happier, cooperative, and jumping significantly and consistently better. Caprilli was promoted to Chief Riding Instructor at the Cavalry School of Pinerolo by the General Inspector of the Cavalry, H.R.H. the Count of Turin. 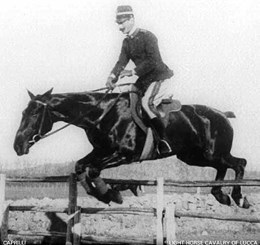 At the Turin Trials of 1902 Caprilli set a high jump record of 2.08 metres. The Italian cavalry began to dominate at international competitions. Sadly, when the rest of the world turned to Caprilli’s methods, he was not alive to see it. He died in a riding accident in 1907 when he fell and hit his head.

The legacy he left, transformed the sport and even today a forward seat is still known as the Caprilli Method.

Around the same time, in France, the competition of jumping was known as Lepping. The crowds loved it, but didn’t like it when the riders rode out of sight. To improve the viewing, a course of jumps were placed inside a large arena so spectators could watch it all.

England’s first international show jumping competition was at Olympia in 1907. Back then the penalty system was four faults for a fence knocked down with the forelegs, two faults with the hind legs and half a fault for touching the water jump or touching a fence without knocking it down. Each country had slightly different judging systems. When the FEI regulated the sport in 1921 they unified the rules globally. Today penalties are given for poles down, a refusal or being over the allocated time. Riders are eliminated for two refusals, an error of course or a fall. If you jump clear you go through to the jump off which is half the jumps and twice the thrill.

Show jumping made its debut in the 1912 Stockholm Olympics. In 2016 in Rio, Nick Skelton became one of the oldest Olympic champions in history when he and his horse Big Star won individual gold for Great Britain. Skelton was 58 and had recovered from a broken neck, two knee operations and a hip replacement. 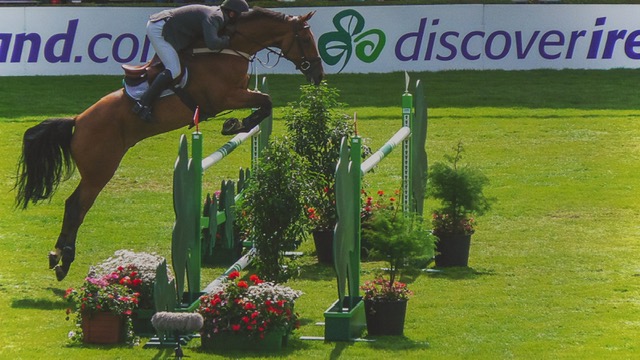 Show jumping is a truly international sport; recognising this, the FEI created The World Cup Jumping Series in 1978. Riders from different regional leagues around the world compete to qualify for the annual Final.  This moves to a different, spectacular location each year.

Show jumping is glamorous, high octane and creates an electrifying atmosphere. Thanks to Caprilli, it is treat to watch the bravery of the riders and the athletic ability of these beautiful and powerful creatures.