It’s hugely popular, not just with show jumpers, but eventers too. They love joining in the Sunshine Tour, keen to improve their ability in this discipline; the beautiful location and weather add to the appeal.

We asked Armando Trapote, Commercial Manager for The Sunshine Tour some questions about it. 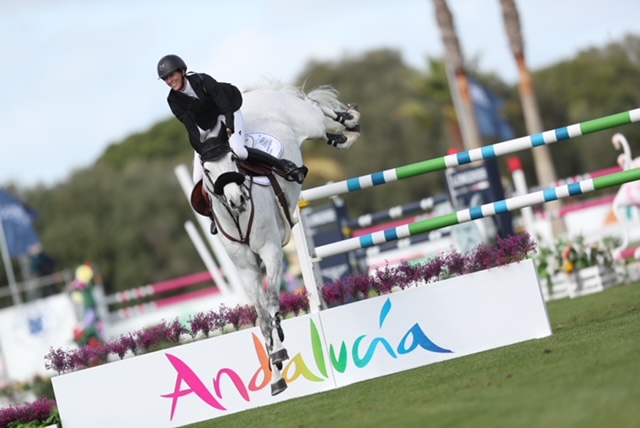 Q: When is the Sunshine Tour?

A: It starts on the 9th of February and ends on the 28th of March.

Q: What are your challenges with the pandemic?

A: We take all the advice from the Government, we have no one in from the public and we limited accreditation to one per rider. We have arranged for sanitising liquids to be placed everywhere we can, to destroy any virus.

We are very conscious of what is required and we will take care of it. We were the first sporting event to resume after last year’s lockdown last June, so we are more experienced than ever to keep people safe. We will be taking the temperatures of everyone who arrives and we are also considering sending out tests for people before.

Q: Why is the Sunshine Tour so popular?

A: This is our 26th edition, David Broome had the idea to try and build in the winter an equivalent to Palm Beach in Florida. It is the atmosphere, people travel from afar and it has a great family type atmosphere, we try and make it feel like home. Everyone is more than just a customer; we focus on the best service.

Q: What are the highlights during the tour?

Q: where do competitors come from?

A: They come from all over the world, from as far as Mexico, Canada and the US. About 30 per cent come from the UK where the big challenge is not just COVID-19, but now Brexit.

There are new travel rules with more paperwork. It is very important for our UK clients that we make their problems minimal to get here. 30 percent of competitors come from Spain and the rest are the rest of Europe and the Americas.

Q: Can you tell us a bit more about the Sunshine Tour’s History?

My Father-in-Law and his daughter, who is my wife, Teresa Blázquez Abascal (now general manager of the Sunshine Tour) had a nice farm which they converted to a competition ground. In that first year we had 250 horses, now we have 2,300 horses!